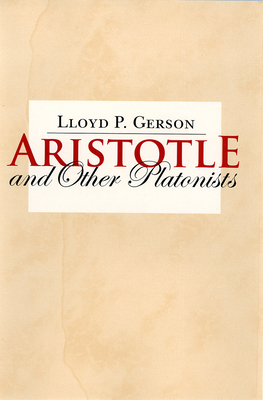 Aristotle and Other Platonists

"Aristotle versus Plato. For a long time that is the angle from which the tale has been told, in textbooks on the history of philosophy and to university students. Aristotle's philosophy, so the story goes, was au fond in opposition to Plato's. But it was not always thus."--from the Introduction

In a wide-ranging book likely to cause controversy, Lloyd P. Gerson sets out the case for the "harmony" of Platonism and Aristotelianism, the standard view in late antiquity. He aims to show that the twentieth-century view that Aristotle started out as a Platonist and ended up as an anti-Platonist is seriously flawed.

Gerson examines the Neoplatonic commentators on Aristotle based on their principle of harmony. In considering ancient studies of Aristotle's Categories, Physics, De Anima, Metaphysics, and Nicomachean Ethics, the author shows how the principle of harmony allows us to understand numerous texts that otherwise appear intractable. Gerson also explains how these "esoteric" treatises can be seen not to conflict with the early "exoteric" and admittedly Platonic dialogues of Aristotle. Aristotle and Other Platonists concludes with an assessment of some of the philosophical results of acknowledging harmony.