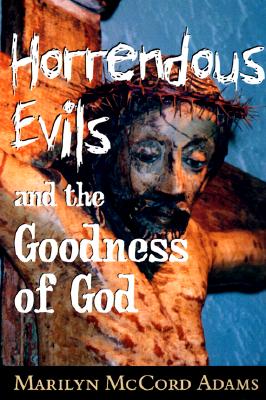 Horrendous Evils and the Goodness of God

When confronted by horrendous evil, even the most pious believer may question not only life's worth but also God's power and goodness. A distinguished philosopher and a practicing minister, Marilyn McCord Adams has written a highly original work on a fundamental dilemma of Christian thought--how to reconcile faith in God with the evils that afflict human beings. Adams argues that much of the discussion in analytic philosophy of religion over the last forty years has offered too narrow an understanding of the problem. The ground rules accepted for the discussion have usually led philosophers to avert their gaze from the worst--horrendous--evils and their devastating impact on human lives. They have agreed to debate the issue on the basis of religion-neutral values, and have focused on morals, an approach that--Adams claims--is inadequate for formulating and solving the problem of horrendous evils. She emphasizes instead the fruitfulness of other evaluative categories such as purity and defilement, honor and shame, and aesthetics. If redirected, philosophical reflection on evil can, Adams's book demonstrates, provide a valuable approach not only to theories of God and evil but also to pastoral care.

Marilyn McCord Adams is Distinguished Research Professor of Philosophy at the University of North Carolina at Chapel Hill. She is the author of William Ockham and coeditor of The Problem of Evil.
Loading...
or support indie stores by buying on