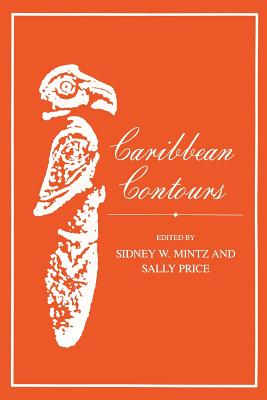 Stretching from the Bahamas in the north to the Guianas on the South American mainland, the societies of the Caribbean have been shaped over time be the contirbutions of many peoples--the region's originial Amerindian inhabitants; colonists from Spain, England, France, the Netherlands, Sweden, and Denmark; men and women from hundreds of African societies who were imported as slaves; and the contract laborers who were later brought from Asia, Africa, Europe, and the Middle East.

In Caribbean Contours eight leading scholars in the humanities and the social sciences survey the history, politics, economics, demography, and culture of the Caribbean to provide an authoritative yet accessible introduction to this complex and geographically fragmented region.

From a United States perspective, the eople of the Caribbean are at once familiar and foreign--an everyday presence in the lives of many urban Americans on the one hand, representatives of exotic worlds for millions of American tourists on the other. This volume is intended to provide some of the essential facts underlying both the unity and diversity of Caribbean scieties, and thus to contirbute to an understanding of the region's increasing importance in the modern world.

Sidney W. Mintz is professor of anthropology at the Johns Hopkins University. He is author of Worker in the Cane, Caribbean Transformations, and Sweetness and Power. Sally Price, also a Johns Hopkins anthropologist, has co-written Afro-American Arts of the Suriname Rain Forest and Co-wives and Calabashes.
Loading...
or support indie stores by buying on