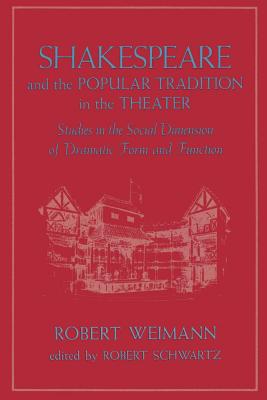 Shakespeare and the Popular Tradition in the Theater

Studies in the Social Dimension of Dramatic Form and Function

Criticism based on literary or formalist conceptions of structure or on the history of ideas, Robert Weimann contends, has removed Shakespeare from the theater, and the theater from society at large. It is only when Elizabethan socity, theater, and language are seen as interrelated that the structure of Shakespeare's dramatic art emerges as fully functional--that is, as part of a larger, and not only literary, whole.

Internationally hailed upon its original publication Shakespeare and the Popular Tradition in the Theater was revised and updated for this English translation.

Robert Weimann is professor of literature at the Academy of Arts of the German Democratic Republic in Berlin. His Structure and Society in Literatue is also available as a Johns Hopkins paperback.
Loading...
or support indie stores by buying on