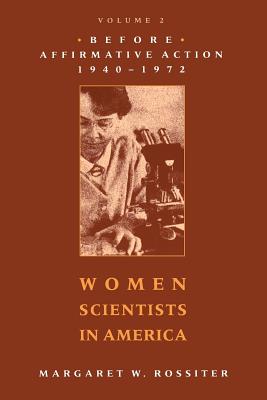 Margaret Rossiter's widely hailed Women Scientists in America: Struggles and Strategies to 1940 marked the beginning of a pioneering effort to interpret the history of American women scientists. That effort continues in this provocative sequel that covers the crucial years of World War II and beyond. Rossiter begins by showing how the acute labor shortage brought on by the war seemed to hold out new hope for women professionals, especially in the sciences. But the public posture of welcoming women into the scientific professions masked a deep-seated opposition to change. Rossiter proves that despite frustrating obstacles created by the patriarchal structure and values of universities, government, and industry, women scientists made genuine contributions to their fields, grew in professional stature, and laid the foundation for the breakthroughs that followed 1972.

Margaret W. Rossiter is the Marie Underhill Noll Professor of the History of Science at Cornell University and editor of Isis and Osiris. Her book Women Scientists in America: Struggles and Strategies to 1940 is also available from Johns Hopkins.
Loading...
or support indie stores by buying on