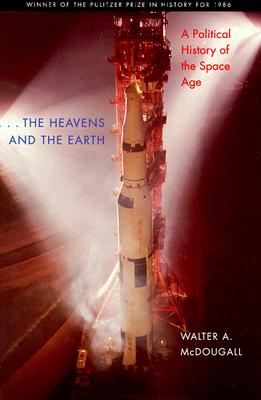 The Heavens and the Earth

A Political History of the Space Age

A widely acclaimed history of the space age.

Winner of the Pulitzer Prize in History

This highly acclaimed study approaches the space race as a problem in comparative public policy. Drawing on published literature, archival sources in both the United States and Europe, interviews with many of the key participants, and important declassified material, such as the National Security Council's first policy paper on space, McDougall examines U.S., European, and Soviet space programs and their politics. Opening with a short account of Nikolai Kibalchich, a late nineteenth-century Russian rocketry theoretician, McDougall argues that the Soviet Union made its way into space first because it was the world's first technocracy--which he defines as the institutionalization of technological change for state purpose. He also explores the growth of a political economy of technology in both the Soviet Union and the United States.

Walter A. McDougall is Alloy-Ansin Professor of International Relations at the University of Pennsylvania, and editor of Orbis: A Journal of World Affairs. He is also author of France's Rhineland Diplomacy, 1914-1942: The Last Bid for a Balance of Power in Europe.
Loading...
or support indie stores by buying on