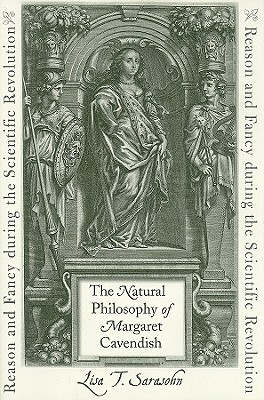 The Natural Philosophy of Margaret Cavendish

Margaret Cavendish, Duchess of Newcastle, led a remarkable--and controversial--life, writing poetry and prose and philosophizing on the natural world at a time when women were denied any means of a formal education. Lisa T. Sarasohn acutely examines the brilliant work of this untrained mind and explores the unorthodox development of her natural philosophy.

Cavendish wrote copiously on such wide-ranging topics as gender, power, manners, scientific method, and animal rationality. The first woman to publish her own natural philosophy, Cavendish was not afraid to challenge the new science and even ridiculed the mission of the Royal Society. Her philosophy reflected popular culture and engaged with the most radical philosophies of her age. To understand Cavendish's scientific thought, Sarasohn explains, is to understand the reception of new knowledge through both insider and outsider perspectives in early modern England.

In close readings of Cavendish's writings--poetry, treatises, stories, plays, romances, and letters--Sarasohn explores the fantastic and gendered elements of her natural philosophy. Cavendish saw knowledge as a continuum between reason and fancy, and her work integrated imaginative speculation and physical science. Because she was denied the university education available to her male counterparts, she embraced an epistemology that favored contemplation and intuition over logic and empiricism.

Lisa T. Sarasohn is a professor of history at Oregon State University, editor of The Scientific Revolution, and author of Gassendi's Ethics: Freedom in a Mechanistic Universe.
Loading...
or
Not Currently Available for Direct Purchase