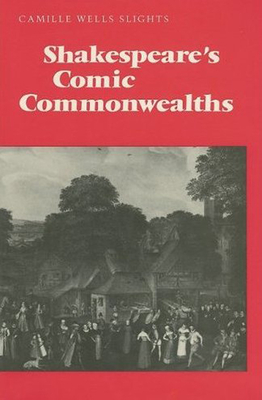 Challenging the traditional view that Shakespeare's early comedies are about the experience of romantic love and constitute a genre called romantic comedy, Camille Wells Slights demonstrates that they dramatize individual action in the context of social dynamics, reflecting and commenting on the culture in which they originated. Shakespeare's Comic Commonwealths sheds new light on ten Shakespearean comedies: The Comedy of Errors, The Taming of the Shrew, The Two Gentlemen of Verona, Love's Labor's Lost, A Midsummer Night's Dream, The Merchant of Venice, The Merry Wives of Windsor, Much Ado about Nothing, As You Like It and Twelfth Night. In a diversity of comic forms - from rollicking farce to tragicomedy - these plays offer varying perspectives on the forces that make and mar human communities.

Dramatizing tensions between savagery and civilization, autonomy and dependence, and isolation and community, Shakespeare's comedies both reflect and comment on the society that produces them. Slights eschews viewing these comedies as endorsements of the prevailing ideologies of sixteenth-century England or as subversions of that hierarchical, patriarchal culture. They can be most fruitfully understood as imaginative forms that present cultural practices, institutions and beliefs as human constructions susceptible to critical scrutiny. While exposing the injustice and brutality as well as the assurances and satisfactions of social experiences, Shakespeare's comedies represent people as inescapably social beings.

By combining historical scholarship with formal analysis and incorporating insights from social anthropology and feminist theory, Shakespeare's Comic Commonwealths offers new readings of Shakespeare's early comedies and analyses the interaction between the plays and the social structures and processes of early modern England.