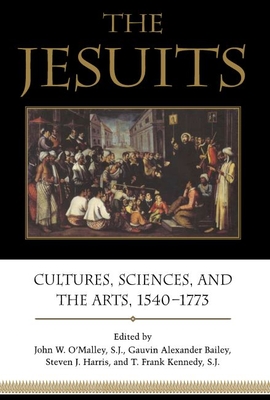 In recent years scholars in a range of disciplines have begun to re-evaluate the history of the Society of Jesus. Approaching the subject with new questions and methods, they have reconsidered the importance of the Society in many sectors, including those related to the sciences and the arts. They have also looked at the Jesuits as emblematic of certain traits of early modern Europeans, especially as those Europeans interacted with 'the Other' in Asia and the Americas.

Originating in an international conference held at Boston College in 1997, the thirty-five essays here reflect this new historiographical trend. Focusing on the Old Society- the Society before its suppression in 1773 by papal edict- they examine the worldwide Jesuit undertaking in such fields as music, art, architecture, devotional writing, mathematics, physics, astronomy, natural history, public performance, and education, and they give special attention to the Jesuits' interaction with non-European cultures, in North and South America, China, India, and the Philippines. A picture emerges not only of the individual Jesuit, who might be missionary, diplomat, architect, and playwright over the course of his life in the Society, but also of the immense and many-faceted Jesuit enterprise as forming a kind of 'cultural ecosystem'.

The Jesuits of the Old Society liked to think they had a way of proceeding special to themselves. The question, Was there a Jesuit style, a Jesuit corporate culture? is the thread that runs through this interdisciplinary collection of studies.