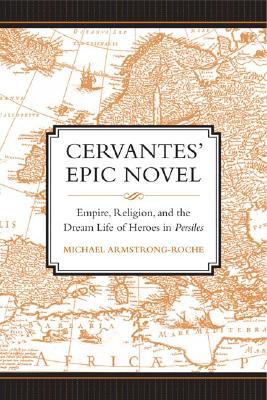 Empire, Religion, and the Dream Life of Heroes in Persiles (University of Toronto Romance)

Miguel de Cervantes conceived his final work, The Labours of Persiles and Sigismunda: A Northern Story (1617), as a great prose epic that would accomplish for its age what Homer and Virgil had done for theirs. And yet, by the eighteenth century Don Quixote had eclipsed Persiles in the favour of readers and writers alike and the later novel is now virtually forgotten except by specialists.

This study sets out to help restore Persiles to pride of place within Cervantes's corpus by reading it as the author's summa, as a boldly new kind of prose epic that casts an original light on the major political, religious, social, and literary debates of its era. At the same time it seeks to illuminate how such a lofty and solemn ambition could coexist with Cervantes evident urge to delight. Grounded in the novel's multiple contexts - literature, history and politics, philosophy and theology - and in close reading of the text, Michael Armstrong-Roche aims to reshape our understanding of Persiles within the history of prose fiction and to take part in the ongoing conversation about the relationship between literary and non-literary cultural forms. Ultimately he reveals how Cervantes recast the prose epic, expanding it in new directions to accommodate the great epic themes - politics, love, and religion - to the most urgent concerns of his day.