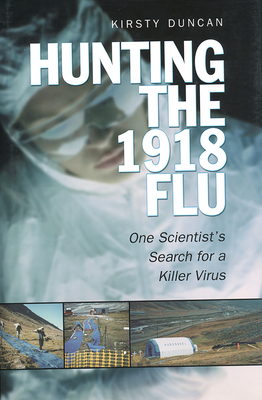 In 1918 the Spanish flu epidemic swept the world and killed an estimated 20 to 40 million people in just one year, more than the number that died during the four years of the First World War. To this day medical science has been at a loss to explain the Spanish flu's origin. Most virologists are convinced that sooner or later a similarly deadly flu virus will return with a vengeance; thus anything we can learn from the 1918 flu may save lives in a new epidemic.

Responding to sustained interest in this medical mystery, Hunting the 1918 Flu presents a detailed account of Kirsty Duncan's experiences as she organized an international, multi-discipline scientific expedition to exhume the bodies of a group of Norwegian miners buried in Svalbard, all victims of the flu virus. Constant throughout is her determination to honour the Norwegian laws and the Svalbard customs that treat the dead and the living with respect - especially when a live virus, if unearthed, could kill millions. Another theme of the book is the author's growing love for Svalbard and its people. Duncan's narrative describes a large-scale medical project to uncover genetic material from the Spanish flu; it also reveals the turbulent politics of a group moving towards a goal where the egos were as strong as the stakes were high. The author, herself a medical geographer, is very frank about her bruising emotional, financial, and professional experiences on the 'dark side of science.'

Duncan raises questions not only about public health, epidemiology, the ethics of science, and the rights of subjects, but also about the role of age, gender, and privilege in science. While her search for the virus has shown promising results, it has also revealed the dangers of science itself being subsumed in the rush for personal acclaim.