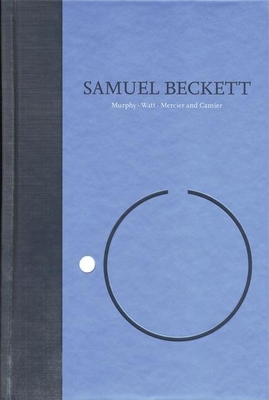 Novels I of Samuel Beckett

Edited by Paul Auster, this four-volume set of Beckett's canon has been designed by award-winner Laura Lindgren. Available individually, as well as in a boxed set, the four hardcover volumes have been specially bound with covers featuring images central to Beckett's works. Typographical errors that remained uncorrected in the various prior editions have now been corrected in consultation with Beckett scholars C. J. Ackerley and S. E. Gontarski. Beckett was interested in consciousness as a form of comedy close to tragedy and logic as a crime. He loved the tension in 'cogito ergo sum' and took a dim view of the connecting word, the 'ergo' in the equation. Cogitating was the nightmare from which his characters were trying to awake. Being was a sour trick played on them by some force with whom they were trying desperately not to reckon. Beckett produced infinite amounts of comedy about the business of thinking as boring, invalid, and quite unnecessary. His characters did not need to think in order to be, or be in order to think. They knew they existed because of the odd habits and deep discomforts of their bodies. I itch therefore I am. -- Colm Toibin, from his Introduction.