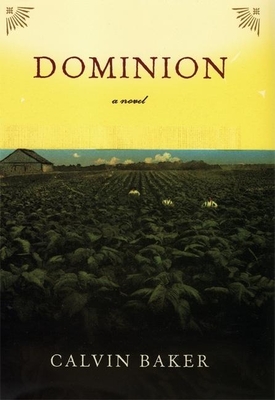 With Calvin Baker's first two novels, Naming The New World and Once Two Heroes, he has continued to be acclaimed by the major media from the Los Angeles Times to Esquire. Now, with Dominion, Baker has written a lush, incantatory novel about three generations of an African American family in the years leading up to the Revolutionary War. Dominion tells the story of the Merian family who, at the close of the seventeenth century, settle in the wilderness of the Carolinas. Jasper is the patriarch, freed from bondage, who manages against all odds to build a thriving estate with his new wife and two sons -- one enslaved, the other free. For one hundred years, the Merian family struggles against the natural (and occasionally supernatural) world, colonial politics, the injustices of slavery, the Revolutionary War and questions of fidelity and the heart. Footed in both myth and modernity, Calvin Baker crafts a rich, intricate and moving novel, with meditations on God, responsibility, and familial legacies. While masterfully incorporating elements of the world's oldest and greatest stories, the end result is a bold contemplation of the origins of America.