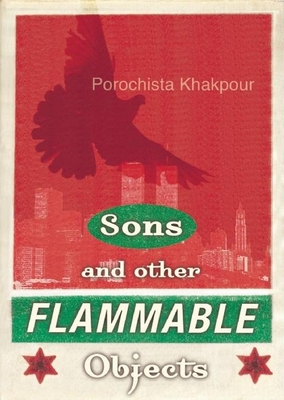 Sons and Other Flammable Objects

A wry and haunting first novel from a fresh Iranian-American writer, Sons and Other Flammable Objects is a sweeping, lyrical tale of suffering, redemption, and the role of memory and inheritance in making peace with our worlds. Growing up, Xerxes Adam is painfully aware that he is different--with an understanding of his Iranian heritage that vacillates from typical teenage embarrassment to something so tragic it can barely be spoken. His father, Darius, dwells obsessively on his sense of exile, and fantasizes about a nonexistent daughter he can relate to better than his living son; Xerxes's mother changes her name and tries to make friends; but neither of them offers their son anything he can actually use to make sense of the terrifying, violent last moments in a homeland he barely remembers. As he grows into manhood and moves to New York, his major goal in life is to completely separate from his parents, but when he meets a beautiful half-Iranian girl on the roof of his building after New York's own terrifying and violent catastrophe strikes, it seems Iran will not let Xerxes go.

Praise For Sons and Other Flammable Objects…

“Khakpour explores ethnicity, nationalism, and post-9/11 fear—well-worn themes that are far less compelling than the exuberant originality of her style. The characters burst from the page in fiery exchanges, while their chaotic inner lives are conveyed with witty precision . . . Khakpour’s comic sense of familial tensions—particularly father-son enmity—is infectious.”—The New Yorker