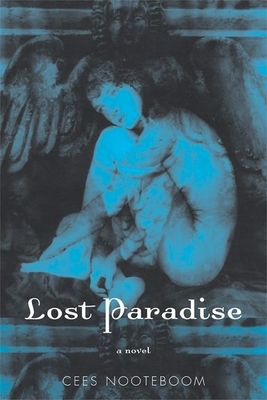 Cees Nooteboom, hailed by A. S. Byatt as “one of the greatest modern novelists,” is one of Holland’s most important authors. In Lost Paradise , Nooteboom’s most ambitious book yet, he sets out to uncover the connections between two seemingly unrelated travelers: a beautiful stranger aboard a Berlin-bound flight and a haggard-looking man on a Holland train platform. With his fleeting impressions of these encounters, Nooteboom builds a complex, haunting story of longing, regret, and rebirth in the dawn of the new millennium. Alma, a young woman of German descent, leaves her parents’ Sao Paolo home on a hot summer night. Her car engine dies in one of the city’s most dangerous favelas, a mob surrounds her, and she is pulled from the automobile. Not long after, Dutch novelist Erik Zontag is in Perth, Australia, for a literary conference and finds a winged woman curled up in a closet in an empty house. The intersection of their paths illuminates the ways in which the divine touches our lives. Lost Paradise is an affirmation of our underlying humanity in an increasingly fragmented age, a deeply resonant tale of cosmically thwarted love.