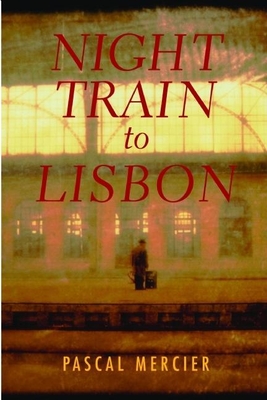 A huge international best seller, this ambitious novel plumbs the depths of our shared humanity to offer up a breathtaking insight into life, love, and literature itself. A major hit in Germany that went on to become one of Europe’s biggest literary blockbusters in the last five years, Night Train to Lisbon is an astonishing novel, a compelling exploration of consciousness, the possibility of truly understanding another person, and the ability of language to define our very selves. Raimund Gregorius is a Latin teacher at a Swiss college who one day—after a chance encounter with a mysterious Portuguese woman—abandons his old life to start a new one. He takes the night train to Lisbon and carries with him a book by Amadeu de Prado, a (fictional) Portuguese doctor and essayist whose writings explore the ideas of loneliness, mortality, death, friendship, love, and loyalty. Gregorius becomes obsessed by what he reads and restlessly struggles to comprehend the life of the author. His investigations lead him all over the city of Lisbon, as he speaks to those who were entangled in Prado’s life. Gradually, the picture of an extraordinary man emerges—a doctor and poet who rebelled against Salazar’s dictatorship.