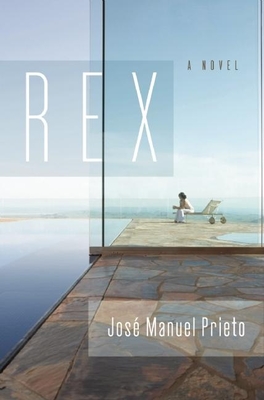 The new novel from internationally acclaimed author Jos Manuel Prieto, Rex is a sophisticated literary game rife with allusions to Proust and Borges, set in a world of wealthy Russian expats and mafiosos who have settled in western Europe.
J. is a young Cuban man who, thanks to his knowledge of Russian and Spanish, has become the tutor of the young son of a wealthy Russian couple living in Marbella, in the part of southern Spain that the Russian mafia has turned into its winter quarters. As he stays with the family, J. becomes the personal secretary of the boy's father, Vasily, an ex-scientist that J. suspects is on the run from gangsters. Vasily's wife, Nelly, a seductive woman always draped in mind-boggling quantities of precious stones, believes the only way to evade the gangsters is an extravagant plan linking Vasily to the throne of the czars. As J. attempts to give Vasily's son a general grade-school education by exclusively reading him Proust, the paranoid world of Vasily's household comes ever closer to its unmasking.