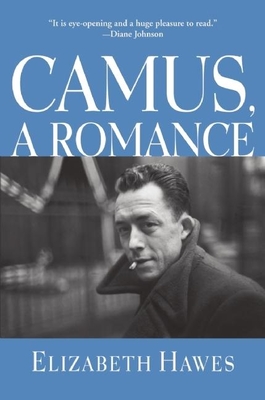 Elizabeth Hawes’s passionate pursuit of Camus began with her college thesis. A biography-memoir, Camus, a Romance reveals the man behind the famous name: the French-Algerian of humble birth and Mediterranean passions; the TB-stricken exile who edited the World War II resistance newspaper Combat; the pied noir in anguish over the Algerian War; the Don Juan who loved a multitude of women; the writer in search of a truer voice. These form only the barest outlines of the rich tapestry of Camus’s life, which Elizabeth Hawes chronicles alongside her own experience following in his footsteps, meeting his friends and family, and trying to enter his solitude.


Praise For Camus, a Romance…

“A beautiful memoir of a life-long obsession…a rich and vivid portrait of Camus himself.”—Harper’s Magazine

“A statement about reading and its long-lasting effect on a reader’s sponge-like psyche…a fascinating spin on the mere biographies others produce.”—David Finkle, The Huffington Post