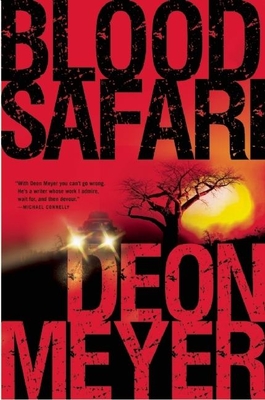 Published to rave reviews around the world, Blood Safari is a harrowing new novel from acclaimed writer Deon Meyer. Like the best international mystery and thriller writers, Meyer is an expert storyteller whose wickedly fast narratives reveal the heart of his enthralling country. In Blood Safari, Emma Le Roux, a beautiful young woman, sees her brother named on the Cape Town news as the prime suspect in the killing of four poachers and a witch doctor. But it can't be possible: he disappeared twenty years ago in Kruger National Park and is believed to be dead. Emma tries to find out more but is attacked and barely escapes. So she hires Lemmer, a personal security expert, and sets out into the Lowveld in search of the truth. A complicated man with a dishonorable past, Lemmer just wants to do his job and avoid getting personally involved. But as they search for answers from the rural police, they encounter racial and political tensions, greed, corruption, and violence unlike anything they have ever known. A chilling novel from a master of suspense, Blood Safari takes the reader beyond the headlines and into the complicated present and dangerous history of South Africa.