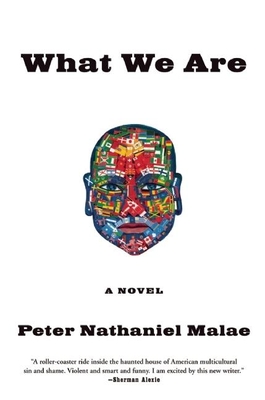 A New York Times Editors' Choice and a blazing and authentic new literary voice, Peter Nathaniel Malae's raw and powerful, bullet-fast debut novel looks at contemporary America through the eyes of one disillusioned son. What We Are follows twenty-eight-year-old Samoan-American Paul Tusifale as he strives to find his place in a culture that barely acknowledges his existence. Within San Jose's landscape of sprawling freeways and dotcom headquarters, where the plight of migrant workers is ever-present, Paul lives outside society, a drifter who takes a personal interest in defiantly--even violently--defending those in need. As he moves through the lives of sinister old friends, suburban cranksters, and septuagenarian swingers, Paul battles to find the wisdom he desperately needs, whether through adhering to tradition or casting it aside. A dynamic addition to America's diverse literature of the outsider, What We Are establishes Peter Nathaniel Malae as an authentic, gifted new writer, whose muscular prose brings to life the pull of a departed father's homeland, the anger of class divisions, the noise of the evening news, and in the end beautifully renders the pathos of the disengaged.

Praise For What We Are…

A rollercoaster ride inside the haunted house of American multi cultural sin and shame. Violent and smart and funny. I am excited by this new writer.”Sherman Alexie

The voice is gold.”Publishers Weekly

Peter Nathaniel Malae is the real deal. He’s like a young Nelson Algren or Richard Wright, one of those writers who can hit with both hands.”Russell Banks

Gives flesh and voice to a Me Generation’ poet of mixed heritage and tortured outlook.”The New York Times Book Review

Malae possesses a prodigious command of the masculine American idiom and its ironies. Paul is that rarest of literary creatures these days: a hard-living, oft-brawling, culturestraddling, foul-mouthed juggernaut, one who’s as liable to throw a punch as he is to break your heart.”Rattawut Lapcharoensap

Compelling . . . [A] deeply felt portrait of an outsider who is appalled by much of what he sees around him in a surreal Silicon Valley populated largely by grotesques. Malae’s writing is . . . filled with allusions and aphorisms that range from Nietzsche to Kerouac to crystal-meth zombies.”Booklist

Malae’s writing is palpably masculine . . . as if you can see the muscles bulging in his arms as he writes.”San Francisco Chronicle