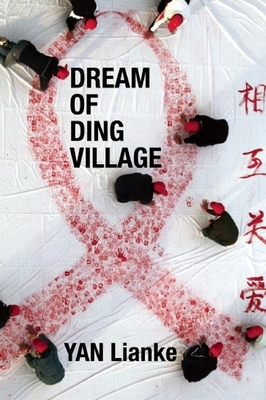 Officially censored upon its Chinese publication, and the subject of a bitter lawsuit between author and publisher, Dream of Ding Village is Chinese novelist Yan Lianke's most important novel to date. Set in a poor village in Henan province, it is a deeply moving and beautifully written account of a blood-selling ring in contemporary China. Based on a real-life blood-selling scandal in eastern China, Dream of Ding Village is the result of three years of undercover work by Yan Lianke, who worked as an assistant to a well-known Beijing anthropologist in an effort to study a small village decimated by HIV/AIDS as a result of unregulated blood selling. Whole villages were wiped out with no responsibility taken or reparations paid. Dream of Ding Village focuses on one family, destroyed when one son rises to the top of the Party pile as he exploits the situation, while another son is infected and dies. The result is a passionate and steely critique of the rate at which China is developing and what happens to those who get in the way.

Praise For Dream of Ding Village…

A powerful look at the AIDS scandal in Henan province during the 1990s when many people became infected with HIV after selling their blood at private collection centers, Yan’s evocative novel focuses on one family at the heart of the tragedy in the fictional Ding Village . . . Communist ideals battle against capitalistic impulses and human nature in this grand, layered novel, a must-read for anyone interested in present-day China.” Booklist (starred review)

Gripping, swift, heartfelt, occasionally exhilarating and often surprising . . . Like Albert Camus' The Plague, the novel works on more than one level, not only as a commentary on the growth of modern China but opening outward into an existential parable about what human beings think is important in this short, short life. All of us are living in Ding Village, infected with death and waiting out our days. In these lives, with a heightened awareness of death, every second counts, every bit of happiness matters. As they should in our own.” Nick DiMartino, Shelf Awareness

Censored in China, the latest novel by Yan (Serve the People!) to be translated into English is a brutal morality tale of a country undergoing transition Written after three years of clandestine research on a real-life blood-selling scandal that was widespread in China, this book shines another grim spotlight on China’s abuses. Like his literary contemporaries Mo Yan and Yu Hua, Yan’s unflinching irreverence makes this Schadenfreude tragedy essential reading.” Library Journal

A sorrowful but captivating novel about the price of progress in modern China. The book, which was censored in that country, builds to an act of violence that resonates with the impact of Greek tragedy or Shakespearean drama.” Kirkus Reviews (starred review)

Yan Lianke was born in 1958 in Henan Province, China. He is the author of many novels and short-story collections, and has won China's two top literary awards, the Lu Xun in 2000 for Nian, yue, ri (The Year, the Month, the Day), and the Lao She in 2004 for Shouhuo (Pleasure).
Loading...
or
Not Currently Available for Direct Purchase