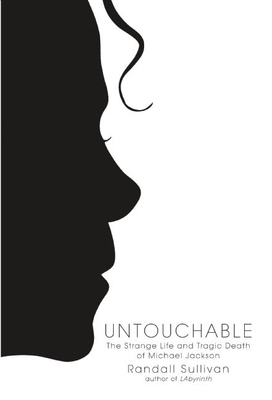 "A dishy Michael Jackson biography that makes the exhaustively covered King of Pop fascinating all over again."--People "The first deep-dive narrative by a veteran journalist covering the King of Pop's convoluted final years on earth . . . Untouchable] helps cast Jackson in a new light."--Los Angeles Times "A tale of family, fame, lost childhood, and startling accusations never heard before."--ABC Nightline Untouchable portrays Michael Jackson's life and death in unprecedented depth. Beginning with his last departure from Neverland, Sullivan captures Jackson's final years shuttling around the world, and plans to recapture his wealth and reputation with a comeback album and planned series of fifty mega-concerts. Sullivan delves deep into Jackson's past, depicting a man both naive and deeply cunning, a devoted father whose parenting decisions created international outcry, a shrewd businessman whose failures nearly brought down a megacorporation, and an inveterate narcissist who desperately wanted a quiet, normal life. Sullivan has never-before-reported information about Jackson's business dealings, the pedophilia allegations that besmirched his reputation, and the fate of his billion-dollar-plus estate, and exclusive access to inner-circle figures including Jackson's former attorneys and managers. Untouchable is a remarkable portrait of the man who still reigns as King of Pop.

Praise For Untouchable: The Strange Life and Tragic Death of Michael Jackson…

Sullivan reveals a man who was not the pedophilic, transgendered, transracial freak the media thought he was, but a highly intelligent and sensitive perfectionist, more self-awareand ashamedof his surgically altered looks than the public ever knew. . . . Sullivan’s sensitive portrait of [Jackson] is a good start toward explaining and rehabilitating a lonely genius who was poorly understood in his lifetime.”Kirkus Reviews

Like its title, this book has something miraculous in it. Imagine, if you can, a book . . . that will interest, and satisfy, both the pious and skeptical. That book is this one. Mr. Sullivan's cast of unlikely characters recalls the inhabitants of other mountains, Thomas Mann's Magic Mountain or Thomas Merton's The Seven Storey Mountain.” The Washington Times on The Miracle Detective

An intrepid Portland journalist crafts a fascinating exploration of how the Catholic Church investigates purported sightings of the Virgin Mary; a globe-trotting, first-person spiritual odyssey that took him to northeastern Oregon, Arizona, Bosnia, the Vatican and beyond.” Seattle Post-Intelligencer on The Miracle Detective

[An] engrossing, damning tale of widespread unchecked corruption in one of the nation’s largest police departments, one that deserves attention. . . . Exhaustively researched, the book methodically weaves a disturbing story of corruption, intimidation, and murder.” Boston Globe on LAbyrinth