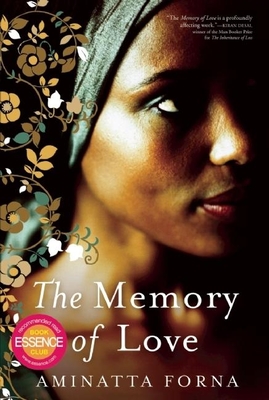 Delivering us to a common center, no matter where we happen to be have been born, Aminatta Forna tackles those great human experiences of love and war, of friendship, rivalry, of death and triumphant survival. Often darkly funny, written with gritty realism and tenderness, The Memory of Love is a profoundly affecting work.” Kiran Desai, winner of the Man Booker Prize for The Inheritance of Loss

A subtle and complex exploration, daring in depth and scope Forna is a writer of great talent who does not shy from tackling the toughest questions about why humans do the things they do: from the smallest acts of betrayal to the greatest acts of love.” Monica Ali , author of Brick Lane

She threads her stories like music, imperceptibly into the reader’s consciousness. One is left hauntingly familiar with the distant and alien; not quite able to distinguish the emotional spirits of fiction from the scars of reality.” Sam Kiley, The Times (UK)

To read The Memory of Love is to experience, not simply learn about, the inner existences of its characters, even as they lapse in and out of their lives.” Anjali Joseph, Times Literary Supplement

"As Forna's forensic re-inhabiting of the aftermath of the conflict reveals, these wounds may have vivid physical realities, but it is always behind the eyes that they are felt most keenly." The Observer (UK)

Aminatta Forna is also the author of Ancestor Stones, a novel, and The Devil That Danced on the Water, a memoir of her activist father and her country, Sierra Leone.
Loading...
or
Not Currently Available for Direct Purchase