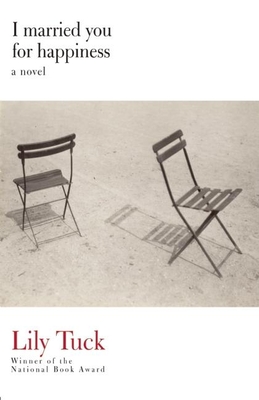 Throughout Lily Tuck's career, she's been praised by critics for her crisp, lean language and sensuous explorations of exotic locales and complex psychologies. From Siam to Paraguay and beyond, Tuck inspires readers to travel into unfamiliar realms, and her newest novel is no exception. Slender, potent, and utterly engaging, I Married You For Happiness combines marriage, mathematics, and the probability of an afterlife to create Tuck's most affecting and riveting book yet. "His hand is growing cold, still she holds it" is how this novel that tells the story of a marriage begins. The tale unfolds over a single night as Nina sits at the bedside of her husband, Philip, whose sudden and unexpected death is the reason for her lonely vigil. Still too shocked to grieve, she lets herself remember the defining moments of their long union, beginning with their meeting in Paris. She is an artist, he a highly accomplished mathematician--a collision of two different worlds that merged to form an intricate and passionate love. As we move through select memories--real and imagined--Tuck reveals the most private intimacies, dark secrets, and overwhelming joys that defined Nina and Philip's life together.

Born in Paris, Lily Tuck is the author of four previous novels: Interviewing Matisse or the Woman Who Died Standing Up, The Woman Who Walked on Water, Siam, or the Woman Who Shot a Man, which was nominated for the 2000 PEN/Faulkner Award for Fiction, and The News From Paraguay, winner of the National Book Award. She is also the author of the biography, Woman of Rome, A Life of Elsa Morante. Her short stories have appeared in The New Yorker, and are collected in Limbo, or Other Places I Have Lived. She divides her time between Maine and New York City.
Loading...
or
Not Currently Available for Direct Purchase