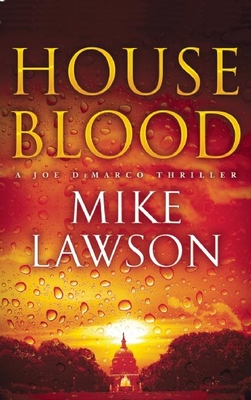 DeMarco is asked to look into the murder conviction of a lobbyist. But he has other worries on his mind: his boss is no longer Speaker, his girlfriend has left him, andhis friend Emma may be dying. DeMarco doesn t expect to free the lobbyist much less to become the target of two of the most callous killers he and Emma have ever encountered.

A what-happens-next, edge-of-your-seat thriller, told with the author’s clear prose and storytelling skills. I know that Mike Lawson has methodically grown a loyal base of fans, but I think that his consistent excellence needs to be more universally acknowledged. This is a very ambitious book and I’m hopeful it will be the one that propels him into best-sellerdom. He certainly deserves it and his publisher does as well.”George Easter, Deadly Pleasures

"The plot and pace are relentless, and the milieus of Congress, D.C., and disaster relief seem knowingly presented. But character creation is Lawson's greatest talent, and Fiona, her supersoldiers, and of course, the ever-cranky cynic, DeMarco, will rivet readers' attention. A host of lesser characters are nearly as engaging. House Blood is so good it will move long-time political-thriller readers to recall the memorable characters, with, and style of the late, great Ross Thomas."Thomas Gaugin, Booklist (starred review)

I love Joe DeMarco. These are wonderful. I think they’re inventive, nicely detailed, just a treat to read.”Nancy Pearl

One of the most engaging heroes I've ever encountered." Tess Gerritsen