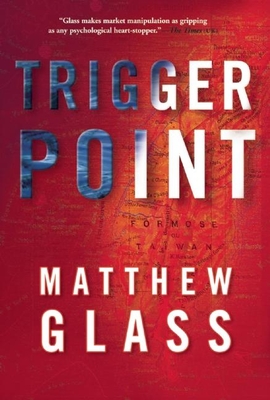 It's 2018. Tom Knowles, a moderate Nevada Repubilcan, is the American president hoping to lead his country into a new era of stability and growth. He sees his change to put his stamp on world affairs when thirty-two American aid workers are massacred in Uganda by a terrorist organization. Knowles opts for military intervention even though China considers Uganda its African sphere of influence, and warn him to keep out. Six weeks later, stock prices on Wall Street are falling. Amid rumors of insolvency, a major investment bank leads the rout. When the bank refuses a government bailout, and it becomes known that the Chinese State Investment Corporation is its major shareholder, the market slide turns into a panic. Are U.S. stock prices being manipulated by the Chinese government in retaliation for the president's intervention in Uganda? As the president's team takes drastic action to protect to the U.S. economy, the Chinese government strikes back to protect its interests, and the confrontation shifts rapidly from Wall Street to the coast of East Africa, where the U.S. and Chinese navies stand eye to eye. Trigger Point is an electrifying follow-up to Ultimatum that paints a terrifying portrait of where we might be headed.

Glass’s terrific geopolitical thriller packs as much gut-wrenching suspense as any thriller in recent memory, all without a single serial killer, assassin, female in peril, double agent, or lost religious icon. . . . Glass (Ultimatum) expertly assembles the interlocking pieces of his frighteningly prophetic puzzle. This chilling, important novel should be read by all those in charge of our country’s politics and finances.”Publishers Weekly (starred review)

Trigger Point is a thriller for smart people written by a very smart writer. It's The Big Short meets Seven Days in May and Thirteen Days in October. It's a book where Gordon Gekko, not Dr. Strangelove, has his hand on the button. It's a chilling vision of a very plausible, very scary future where Wall Street, the White House, and the Pentagon intersect - and nobody wins and people die. I loved it. Hat's off to Matthew Glass.”Mike Lawson, author of House Divided

A thriller set in 2018, Trigger Point imagines the next economic and political crisis that sees the US pitted against China . . . This impressive novel hurtles to a close with a climax that takes it cue from the finale of the Cuban missile crisis 50 years earlier. A solidly entertaining read.”City AM (UK)

It is not wholly surprising that nobody produced a thriller with a plot to mirror the banking crash of 2008, considering that not even the people most closely involved in that disaster on a global scale had the faintest clue what was going on. In Trigger Point, however, the pseudonymous author Matthew Glass has made an impressive stab at envisioning the next one, and giving it an additional sensationalist twist . . . In the manner of an epic Tom Clancy blockbuster, Glass’s . . . interconnected worlds of finance and politics exist in three (if not four) dimensions. He makes market manipulation as gripping as any psychological heart-stopper.”The Times (UK)