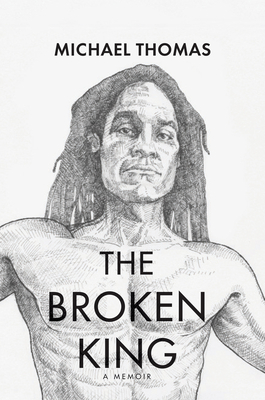 Michael Thomas's extraordinary new book, The Broken King, traces the lives of the men in his family against the backdrop of the last century-and-a-half in American history. From Reconstruction to the Jim Crow South and Civil Rights movement, Thomas explores fathers and sons, lovers and beloved, trauma and recovery, race and deracination, success and failure, soccer and the Red Sox in a beautifully unique memoir. The title is borrowed from T.S. Eliot's line in "Little Gidding" "If you came at night like a broken king," and the work ponders the process of being broken. Reminiscent of James Baldwin's The Fire Next Time, Thomas delivers a series of powerful vignettes reaching back to his grandfather who, though trained as a pharmacist, never found work as one; his father, the president of his class at Boston University, an artist and philosopher who was an unsuccessful businessman and a failed parent; to his brother's lawlessness; and his own sons' relatively privileged, safe lives in Brooklyn today. Every page rings with the effects of America's struggle with race, class, wealth, education, land, and tradition, while offering an intimate look at the creative mind under stress--a brave, meticulous articulation of madness in its guises through generations.

Michael Thomas received his BA from Hunter College and his MFA from Warren Wilson College. He is the author of the national best seller, Man Gone Down, winner of the International IMPAC Dublin Literary Award and a New York Times Top Ten Novel of the Year. Thomas's writing has appeared in A Public Space, The New York Times, and in Ben George's anthology The Book of Dads. He lives in Brooklyn with his family.
Loading...
or support indie stores by buying on
(This book is on backorder)