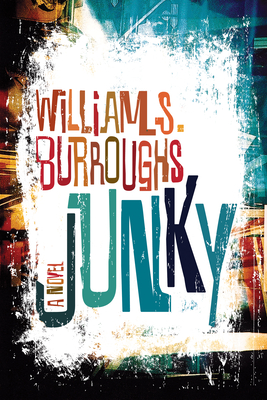 The Definitive Text of Junk

Junk is not, like alcohol or a weed, a means to increased enjoyment of life. Junk is not a kick. It is a way of life. In his debut novel, Junky, Burroughs fictionalized his experiences using and peddling heroin and other drugs in the 1950s into a work that reads like a field report from the underworld of post-war America. The Burroughs-like protagonist of the novel, Bill Lee, see-saws between periods of addiction and rehab, using a panoply of substances including heroin, cocaine, marijuana, paregoric (a weak tincture of opium) and goof balls (barbiturate), amongst others. For this definitive edition, renowned Burroughs scholar Oliver Harris has gone back to archival typescripts to re-created the author's original text word by word. From the tenements of New York to the queer bars of New Orleans, Junky takes the reader into a world at once long-forgotten and still with us today. Burroughs's first novel is a cult classic and a critical part of his oeuvre.

Praise For Junky: The Definitive Text of Junk…

A creator of grim fairy tales for adults, Burroughs spoke to our nightmare fears and, still worse, to our nightmare longings. . . . And more than any other postwar wordsmith, he bridged generations; popularity in the youth culture is greater now than during the heady days of the Beats.”Douglas Brinkley, The Los Angeles Times Book Review

The most important writer to emerge since World War II. . . . For his sheer visionary power, and for his humor, I admire Burroughs more than any living writer, and most of those who are dead.”J.G. Ballard

William was a Shootist. He shot like he wrotewith extreme precision and no fear.”Hunter S. Thompson

A book of great beauty . . . . Burroughs is the only American novelist living today who may conceivably be possessed by genius.”Norman Mailer on Naked Lunch

Burroughs seems to revel in a new medium . . . a medium totally fantastic, spaceless, timeless, in which the normal sentence is fractured, the cosmic tries to push its way through the bawdry, and the author shakes the reader as a dog shakes a rat.”Anthony Burgess on The Ticket That Exploded

Of all the Beat Generation writers, William S. Burroughs was the most dangerous. . . . He was anarchy’s double agent, an implacable enemy of conformity and of all agencies of control-from government to opiates.”Rolling Stone

In Burroughs’ hands, writing reverts to acts of magic, as though he were making some enormous infernal encyclopedia of all the black impulses and acts that, once made, would shut the fiends away forever.” The New York Times on The Wild Boys