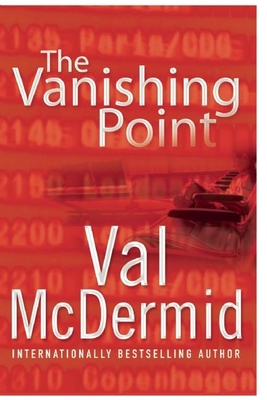 One of the finest crime writers we have, Val McDermid's heart-stopping thrillers have won her international renown and a devoted following of readers worldwide. In The Vanishing Point, she kicks off a terrifying thriller with a nightmare scenario: a parent who loses her child in a bustling international airport. Young Jimmy Higgins is snatched from an airport security checkpoint while his guardian watches helplessly from the glass inspection box. But this is no ordinary abduction, as Jimmy is no ordinary child. His mother was Scarlett, a reality TV star who, dying of cancer and alienated from her unreliable family, entrusted the boy to the person she believed best able to give him a happy, stable life: her ghost writer, Stephanie Harker. Assisting the FBI in their attempt to recover the missing boy, Stephanie reaches into the past to uncover the motive for the abduction. Has Jimmy been taken by his own relatives? Is Stephanie's obsessive ex-lover trying to teach her a lesson? Has one of Scarlett's stalkers come back to haunt them all? A powerful, grippingly-plotted thriller that will keep readers on the edge of their seats until the end, The Vanishing Point showcases McDermid at the height of her talent.

Val McDermid is the author of twenty-five previous best-selling novels, which have been translated into over thirty languages and have sold over ten million copies worldwide.
Loading...
or
Not Currently Available for Direct Purchase