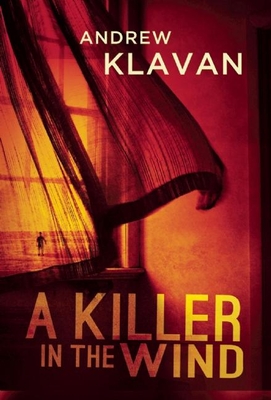 Three years ago, working vice for the NYPD, Dan Champion uncovered a sex slavery ring run by a kingpin known only as the Fat Woman. Obsessed with bringing her down, Champion infiltrated a world of sexual obsession and perversity. He broke the case, but the case also broke him. He started taking drugs and soon began to form hallucinations...a dead child prowling the streets of New York...a beautiful woman named Samantha who would have given him the love he always wanted--if she'd only been real. Now Champion is a small town detective, chasing burglars and juvenile delinquents, hanging out at the local tavern where he is romancing a waitress. The ghosts and hallucinations are finally behind him as he begins to rebuild his life. Then one night Champion is called to examine the body of a woman who has washed ashore. Yet when he looks at her face, he sees that it's Samantha, the woman he dreamed about long ago...a woman who doesn't exist. Suddenly, Champion is haunted again, only this time it's by a team of expert killers who want to make sure he never finds the truth: the truth about the dead child who wanders through his imagination; the truth about the lover who inhabits his dreams; and the truth about a killer who has been on the run -- in the wind -- for a lifetime. The ghosts of the dead are all around him, and Champion has to find out who murdered them, fast, or he could become one of them himself.

Andrew Klavan is the internationally bestselling author of thirteen novels, including True Crime, which was made into a film by Clint Eastwood, and Don't Say a Word, made into a film starring Michael Douglas. He has been nominated for five Edgar Awards, winning twice, and is the author of the Homelanders series for Young Adults, which have been optioned by Summit Entertainment ("Twilight"). His essays and op-eds on politics, religion, movies and literature have appeared in The Wall Street Journal, the New York Times, The Washington Post, and The Los Angeles Times. He lives in Southern California.
Loading...
or
Not Currently Available for Direct Purchase