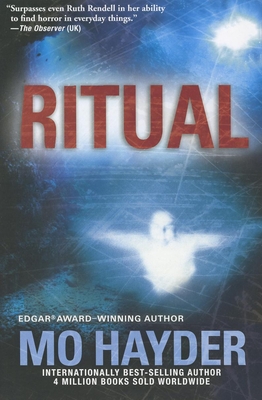 “The queen of funky thrillers has done it again, as a female English police diver named Flea discovers a severed hand, leading us into the world of black market African superstitions and rituals in Bristol, England. Mo Hayder's weird, she's wild, and I love her!”
— Jerry Kannel, Harry W. Schwartz Bookshop, Brookfield, WI
View the List

"Hayder . . . outdoes herself, flip-flopping the supernatural and the explainable like a cycle of poison and antidote that will remain with the reader long after the final page."--Booklist (starred review) Just after lunch on a Tuesday in April, nine feet underwater, police diver Flea Marley closes her gloved fingers around a human hand. No body is attached. Even more disturbing is the discovery, a day later, of the matching hand--recently amputated, and removed while the victim was still alive. Detective Jack Caffery of the Major Crime Investigation Unit in Bristol is called in to investigate, and he and Marley soon establish that the hands belong to a young man who has recently disappeared. Their search for him--and for his abductor--lead them into the darkest recesses of Bristol's underworld, where street-kids sell themselves for a hit, and where one of Africa's most disturbing rituals may be making an unexpected appearance. The first novel to feature the investigative team of Flea and Jack, Ritual is a masterpiece of suspense that will keep readers guessing until the last breath. "Hayder . . . moves to another level in this spellbinder. With characters so complex, so fascinating that they could populate a dozen novels, she sends readers into a demimonde of ritual magic, desperation, guilt, and death, all exquisitely composed. . . . Ritual is brilliant, dense, scary; definitely one of the best crime novels of the year]."--The Globe and Mail "Ritual moves from the eerie and dangerous to the downright ferocious as steadily as an oncoming train. . . . This is one you'll hate to put down and hate to finish. But you're going to love the ride."--Jack Ketchum, author of The Lost and The Girl Next Door