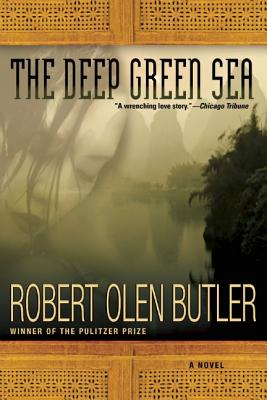 A slim, erotic and fable-like . . . book that picks up on many of Butler's abiding themes--the legacy of the Vietnam War, the clash of Vietnam's folklore and mysticism with American manners . . . Butler is] a writer working to cast a spell. --New York Times Book Review
In a deceptively understated manner, Pulitzer Prize-winning novelist Robert Olen Butler introduces us to a pair of improbable modern lovers . . . he] plants the seeds of a tragedy that will haunt his readers long after they finish this lyrical love story. --People
In The Deep Green Sea, Robert Olen Butler has created an incandescent tale of modern love between a Vietnamese woman, orphaned in 1975 when Saigon fell to the Communists, and a Vietnam War veteran, returning from America to seek closure for decades-old emotional wounds. The more they nurture the love between them, the more they learn about each other, the more complex and dangerous their relationship becomes, and what follows conjures classical tragedy, infused with intense eroticism and with Butler's reverence for Vietnamese mythology and history. The Deep Green Sea is a landmark work in the literature of love and war.

ROBERT OLEN BUTLER is the author of thirteen novels, six story collections, and a book on the creative process, "From Where You Dream." In addition to a Pulitzer Prize and two National Magazine Awards, he has received a Guggenheim Fellowship in fiction and an NEA grant, as well as the Richard and Hinda Rosenthal Award from the American Academy of Arts and Letters. He teaches creative writing at Florida State University.
Loading...
or support indie stores by buying on