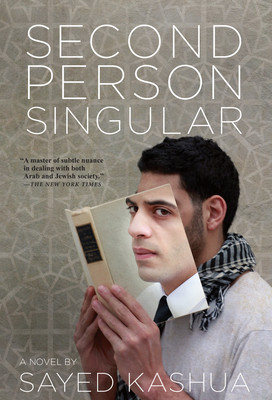 "Part comedy of manners, part psychological mystery . . . Issues of nationalism, religion, and passing collide with quickly changing social and sexual mores." --Boston Globe From one of the most important contemporary voices to emerge from the Middle East comes a gripping tale of love and betrayal, honesty and artifice, which asks whether it is possible to truly reinvent ourselves, to shed our old skin and start anew. Second Person Singular follows two men, a successful Arab criminal attorney and a social worker-turned-artist, whose lives intersect under the most curious of circumstances. The lawyer has a thriving practice in the Jewish part of Jerusalem, a large house, a Mercedes, speaks both Arabic and Hebrew, and is in love with his wife and two young children. In an effort to uphold his image as a sophisticated Israeli Arab, he often makes weekly visits to a local bookstore to pick up popular novels. On one fateful evening, he decides to buy a used copy of Tolstoy's The Kreutzer Sonata, a book his wife once recommended. To his surprise, inside he finds a small white note, a love letter, in Arabic, in her handwriting. I waited for you, but you didn't come. I hope everything's all right. I wanted to thank you for last night. It was wonderful. Call me tomorrow? Consumed with suspicion and jealousy, the lawyer slips into a blind rage over the presumed betrayal. He first considers murder, revenge, then divorce, but when the initial sting of humiliation and hurt dissipates, he decides to hunt for the book's previous owner--a man named Yonatan, a man who is not easy to track down, whose identity is more complex than imagined, and whose life is more closely aligned with his own than expected. In the process of dredging up old ghosts and secrets, the lawyer tears the string that holds all of their lives together. A Palestinian who writes in Hebrew, Sayed Kashua defies classification and breaks through cultural barriers. He communicates, with enormous emotional power and a keen sense of the absurd, the particular alienation and the psychic costs of people struggling to straddle two worlds. Second Person Singular is a deliciously complex psychological mystery and a searing dissection of the individuals that comprise a divided society.

Sayed Kashua was born in 1975 and is the author of the novels Dancing Arabs and Let It Be Morning, which was shortlisted for the International IMPAC Dublin Literary Award. Kashua writes a weekly column for Haaretz and is a writer and the creator of Arab Labor, one of Israel's most popular sitcoms. He lives in Jerusalem with his family.
or support indie stores by buying on
Copyright © 2020 American Booksellers Association