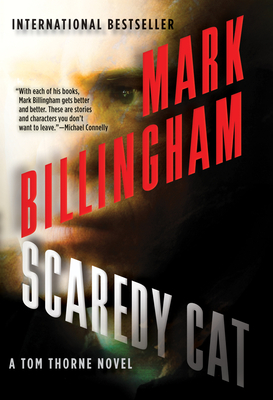 "Billingham is one of the most consistently entertaining, insightful crime writers working today." --Gillian Flynn, author of Gone Girl

It's been twenty-five years since Tom Thorne last went to work wearing the Queen's cloth but now, having stepped out of line once too often, he's back in uniform. He's no longer a detective, and he hates it.

Still struggling to adjust, Thorne becomes convinced that a spate of suicides among the elderly in London are something more sinister. His concerns are dismissed by the Murder Squad he was once part of and he is forced to investigate alone.

Now, unable to trust anybody, Thorne risks losing those closest to him as well as endangering those being targeted by a killer unlike any he has hunted before. A man with nothing to lose and a growing list of victims. A man who appears to have the power to make people take their own lives.

A plethora of pleasures in these pages.”USA Today

Like the best of British and American crime writing rolled up together and delivered with the kind of punch you don’t see coming.”Lee Child

Scaredy Cat is an incredibly satisfying and engaging thriller.”Karin Slaughter

Mr. Billingham has created a story as frightening as it is riveting. Pushing the English police procedural to another level."Dallas Morning News

"Readers who like a powerful police procedural with strong characters, will want to read this superb tale. This is a winner."Midwest Book Review

"With last year's auspicious thriller debut (Sleepyhead), Billingham has given himself a tough act to follow. But the return of London detective Tom Thorne is most welcome, and this novel is every bit as intense and creepy as the first."Library Journal

These are frightening and starkly graphic thrillers that you won’t easily forget. Grade A.”Rocky Mountain News

One of the best books of the year. Don’t miss it.”Toronto Globe and Mail

"Billingham confirms his promise, and delivers an assured and shocking thriller."The Guardian

"Billingham manipulates his readers as relentlessly as the murderer manipulates both his surrogate in crime, and the police."The Scotsman

"Billingham has a chilling talent. Right up there with [England's] dark masters such as Ian Rankin and Val McDermid."Daily Mirror

Billingham is a world-class crime writer and Tom Thorne is a wonderful creation. Rush to read these books.”Karin Slaughter

Billingham is one of the most consistently entertaining, insightful crime writers working today.”Gillian Flynn

Billingham’s books are as compulsively readable as Michael Connelly’s.”George Pelecanos

Billingham is a world-class crime writer and Tom Thorne is a wonderful creation. Rush to read these books.”Karin Slaughter

Mark Billingham is one of my favorite new writers.”Harlan Coben

Morse, Rebus, and now Thorne. The next superstar detective is already with usdon’t miss him.”Lee Child

Mark Billingham is one of England's best known and top-selling crime writers. His most recent book was a #1 bestseller in the UK. He has twice won the Theakston's Old Peculier Award for Best Crime Novel, and has also won a Sherlock Award for the Best Detective created by a British writer. His novels Sleepyhead and Scaredy Cat were made into a hit TV series on Sky 1 starring David Morrissey as Thorne. Mark lives in North London with his wife and two children.
Loading...
or support indie stores by buying on