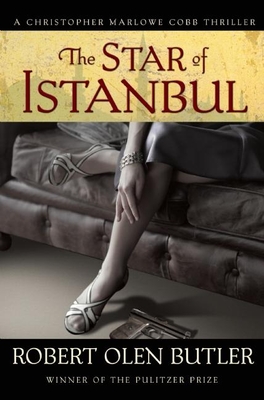 The Star of Istanbul

World War I is in full swing. Germany has allied itself with the Ottoman empire, persuading the caliphs of Turkey to declare a jihad on the British empire, as President Woodrow Wilson hesitates to enter the fray. War correspondent and American spy Christopher Marlowe Cobb has been tasked to follow a man named Brauer, a German intellectual and possible secret service agent, into perilous waters aboard the ship Lusitania, as the man is believed to hold information vital to the war effort. Aboard the Lusitania on its fateful voyage, Cobb becomes smitten with famed actress Selene Bourgani, who for some reason appears to be working with German Intelligence. Soon Cobb realizes that this simple actress is anything but, as she harbors secrets that could pour gasoline on the already raging conflict. Following the night of the infamous German U-Boat attack on the Lusitania, Cobb must follow Selene and Brauer into the darkest alleyways of London, then on to the powder keg that is Istanbul. He must use all the cunning he possesses to uncover Selene's true motives, only to realize her hidden agenda could bring down some of the world's most powerful leaders.

Robert Olen Butler is the Pulitzer Prize-winning author of fourteen novels, six story collections, and a book on the creative process, From Where You Dream. A recipient of both a Guggenheim Fellowship in fiction and a National Endowment for the Arts grant, he also won the Richard and Hinda Rosenthal Foundation Award from the American Academy of Arts and Letters and was a finalist for the PEN/Faulkner Award. He has twice won a National Magazine Award in Fiction and has received two Pushcart Prizes. The Star of Istanbul is his second novel featuring Christopher Marlowe Cobb. He teaches creative writing at Florida State University.
Loading...
or
Not Currently Available for Direct Purchase