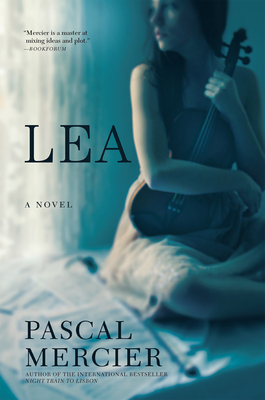 Pascal Mercier's Night Train to Lisbon mesmerized readers around the world, and went on to become an international bestseller, establishing Mercier as a breakthrough European literary talent. Now, in Lea, he returns with a tender, impassioned, and unforgettable story of a father's love and a daughter's ambition in the wake of devastating tragedy. It all starts with the death of Martijn van Vliet's wife. His grief-stricken young daughter, Lea, cuts herself off from the world, lost in the darkness of grief. Then she hears the unfamiliar sound of a violin playing in the hall of a train station, and she is brought back to life. Transfixed by a busker playing Bach, Lea emerges from her mourning, vowing to learn the instrument. And her father, witnessing this delicate spark, promises to do everything and anything in his power to keep her happy. Lea grows into an extraordinary musical talent--her all-consuming passion leads her to become one of the finest players in the country--but as her fame blossoms, her relationship with her father withers. Unable to keep her close, he inadvertently pushes Lea deeper and deeper into this newfound independence and, desperate to hold on to his daughter, Martin is driven to commit an act that threatens to destroy them both. A revelatory portrait of genius and madness, Lea delves into the demands of artistic excellence as well as the damaging power of jealousy and sacrifice. Mercier has crafted a novel of intense clarity, illuminating the poignant ways we strive to understand ourselves and our families.

A professor of philosophy, Pascal Mercier was born in 1944 in Bern, Switzerland. He is the author of numerous novels including the bestselling Night Train to Lisbon and Perlmann's Silence. He was awarded the Marie Luise Kaschnitz Prize, the Grinzane Cavour Prize, and he received the Lichtenberg Medal. He lives in Berlin, Germany.
Loading...
or support indie stores by buying on