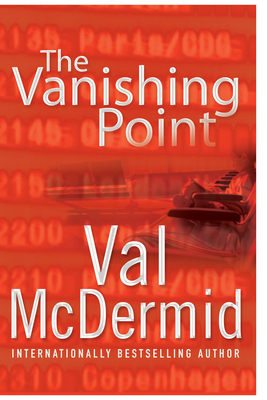 " McDermid's] work is taut, psychologically complex and so gripping that it puts your life on hold."--The Times (UK) "Masterfully handled, and McDermid's ability to wrong-foot the reader remains second to none: highly recommended."--The Guardian (UK) From one of the finest crime writers we have, The Vanishing Point kicks off with a nightmare scenario--the abduction of a child in an international airport. Stephanie Harker is in the screening booth at airport security, separated from Jimmy Higgins, the five-year-old boy she's in the process of adopting, when a man in a TSA uniform leads the boy away. The more Stephanie sounds the alarm, the more the security agents suspect her, and the further away the kidnapper gets. It soon becomes clear nothing in this situation is clear cut. For starters, Jimmy's birth mother was a celebrity--living in a world where conspiracy and obfuscation are excused for the sake of column inches. And then there are the bad boys in both women's pasts. As FBI agent Vivian McKuras and Scotland Yard Detective Nick Nikolaides investigate on both sides of the pond, Stephanie learns just how deep a parent's fear can reach. And the horrifying reality is that she has good reason to be afraid--for reasons she never saw coming. "The Vanishing Point . . . is marked by McDermid's] trademark stunners, including a climax that packs a vicious punch. And readers are again left to marvel at her ingenuity."--Jay Strafford, Richmond Times-Dispatch "McDermid knows crime, but more importantly, she knows the dark side of men and women and the havoc they can wreak on each other's lives. . . . The Vanishing Point is a stand-alone and does it ever. . . . Th e] opening is shocking, edge-of-your-seat unnerving and violent on different levels. The reader is immediately drawn in by Harker's overwhelming panic and fear. It's taut, smart, vivid writing."--Victoria Brownworth, Lambda Literary (online)

Val McDermid is the author of twenty-five previous best-selling novels, which have been translated into over forty languages and have sold over ten million copies worldwide.
Loading...
or support indie stores by buying on
(This book is on backorder)