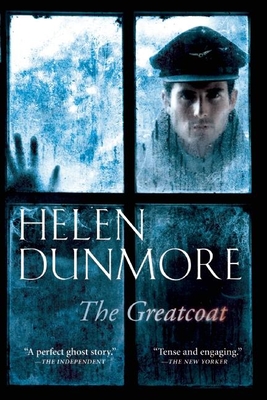 Written in crisp, enthralling prose . . . the sense of deja vu surrounding the story makes it all the more chilling. . . . Tense and engaging.--The New Yorker "A perfect ghost story."--The Independent Helen Dunmore is a bestselling novelist and poet whose historical novels have been compared to Tolstoy, Emily Bronte, and Virginia Woolf. In her new novel, Dunmore once again dives into the past with an evocative and sophisticated ghost story about a love affair between a neglected wife and a mysterious soldier. In the winter of 1952, Isabel Carey moves to the East Riding of Yorkshire with her husband, Philip, a medical doctor. With Philip spending long hours on call, Isabel finds herself lonely and vulnerable as she strives to adjust to the realities of being a housewife. One evening, while Philip is at work, Isabel is woken by intense cold. When she hunts for extra blankets, she discovers an old RAF greatcoat hidden in the back of a cupboard. Sleeping under the coat for warmth, she starts to dream. And not long afterward, she is startled by a knock at her window. Outside is a young RAF pilot named Alec, whose powerful presence both disturbs and excites her. They begin an intense affair, but nothing has prepared her for the truth about Alec's life, nor the impact it will have on her own. A spectral tale of love and war that blurs the line between the real and imaginary, The Greatcoat is an atmospheric and accomplished literary chiller about quiet temptations and the lasting trauma of battle.

Helen Dunmore is the author of eleven novels, including The Betrayal, a New York Times Editors' Choice; The Siege, a national best seller and finalist for the Whitbread Novel of the Year Award; and A Spell of Winter, winner of the Orange Prize for Fiction.
Loading...
or support indie stores by buying on