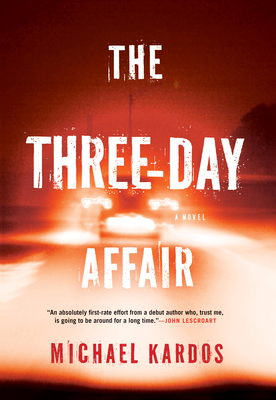 A gripping debut thriller about four longtime friends who make one mistake, forcing them to face down old grudges and make horrifying choices that could haunt them forever. Will, Jeffrey, Evan and Nolan have been friends since their undergrad days at Princeton. Since graduation they then have each forged new lives and careers. Will is a failed musician still reeling from the tragic death of a bandmate, Jeffrey got lucky and then rich from the dot-com boom, Nolan is a state senator with national aspirations, and Evan is about to make partner at a major New York law firm. Their friendships have bent without breaking for years, until one shocking moment changes everything. One night on a drive, they make a routine stop at a convenience store. Within moments, a manic Jeffrey emerges, dragging a young woman with him. He shoves her into Will's car and shouts a single word: "Drive " Shaken and confused, Will obeys. Suddenly four men find themselves completely out of their element, holding a young girl hostage without the slightest idea of what to do next or why she's there to begin with. They're already guilty of kidnapping and robbery; it's only a matter of time before they find out the terrible depths of what else they might be capable of. For these men, three days will decide their fate--between freedom and prison, innocence and guilt...and life and death. The Three-Day Affair marks the emergence of a truly talented new crime writer in Michael Kardos.

Michael Kardos is the author of the story collection One Last Good Time. His short stories have appeared in The Southern Review, Crazyhorse, Prairie Schooner, Blackbird, Pleiades, Prism International, and many other magazines and anthologies, and were cited as notable stories in the 2009 and 2010 editions of Best American Short Stories. He lives in Starkville, Mississippi, where he co-directs the creative writing program at Mississippi State University and edits the literary journal Jabberwock Review.
Loading...
or support indie stores by buying on