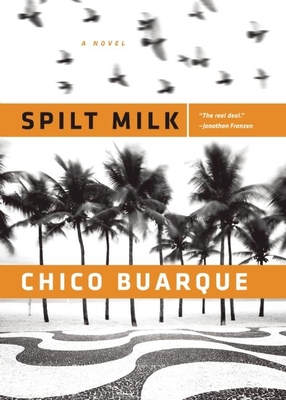 From world-renowned Brazilian writer Chico Buarque comes a stylish, imaginative tale of love, loss, and longing, played out across multiple generations of one Brazilian family. At once jubilant and painfully nostalgic, playful and devastatingly urgent, Spilt Milk cements Chico Buarque's reputation as a masterful storyteller. As Eul lio Assump o lies dying in a Brazilian public hospital, his daughter and the attending nurses are treated--whether they like it or not--to his last, rambling monologue. Ribald, hectoring, and occasionally delusional, Eul lio reflects on his past, present, and future--on his privileged, plantation-owning family; his father's philandering with beautiful French whores; his own half-hearted career as a weapons dealer; the eventual decline of the family fortune; and his passionate courtship of the wife who would later abandon him. As Eul lio wanders the sinuous twists and turns of his own fragmented memories, Buarque conjures up a brilliantly evocative portrait of a man's life and love, set in the broad sweep of vivid Brazilian history.

A two-time winner of the Premio Jabuti, Brazil's most prestigious literary award, Buarque has written acclaimed novels, plays, and poetry, and is a legendary figure in Latin American music. He lives in Rio de Janeiro.
Loading...
or support indie stores by buying on