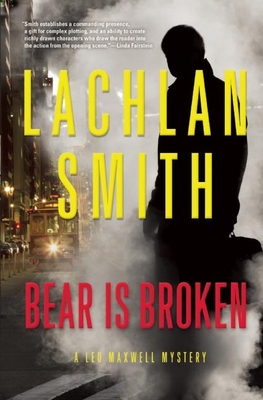 A Kirkus Reviews and Deadly Pleasures Best Book of the Year Leo Maxwell grew up in the shadow of his older brother Teddy, a successful yet reviled criminal defense attorney. As children, their father was jailed for their mother's murder, and Teddy was left to care for Leo, who eventually followed him into the legal profession. The two are at lunch one day when Teddy is shot in the head--in public, in cold blood. As Teddy lies in a coma, Leo realizes that the search for his brother's shooter falls upon him and him alone, as his brother had enemies not only on the street but in the police department as well. As he begins to examine the life of a brother he barely knew, Leo quickly finds that the list of possible suspects is much larger than he could have imagined. The deeper Leo digs into Teddy's life, the more questions arise: about Teddy and his ex-wife and about the murder that tore their family apart all those years ago. And somewhere, the person who shot his brother is still on the loose, and there are many who would happily kill Leo to keep it that way.

Lachlan Smith was a Richard Scowcroft Fellow in the Stegner Program at Stanford, and received an MFA from Cornell. His fiction has appeared in the Best New American Voices series. In addition to writing novels, he is an attorney practicing in the area of civil rights and employment law. He lives in Tuscaloosa, Alabama.
Loading...
or
Not Currently Available for Direct Purchase