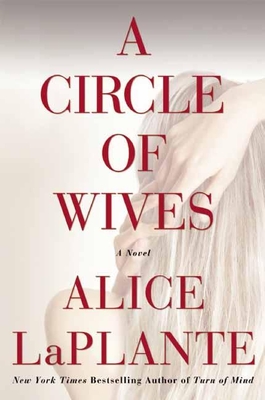 A Circle of Wives

“What would you do if you discovered your husband had another wife, or even two, at the same time that he is married to you? Full of marital and murderous deception, LaPlante's new novel echoes the tension and suspense of her previous work, Turn of Mind, and leads the reader down a path of betrayal, power, passion, and terror. A fabulous read!”
— Annie Philbrick, Bank Square Books, Mystic, CT
View the List

When Dr. John Taylor turns up dead in a hotel room, the local police uncover enough incriminating evidence to suspect foul play. Detective Samantha Adams, whose Palo Alto beat usually covers petty crimes, is innocently thrown into a high-profile case that is more complicated than any she has faced before. A renowned reconstructive surgeon and a respected family man, Dr. Taylor was beloved and admired. But beneath his perfect fa ade was a hidden life--in fact, multiple lives. Dr. Taylor was married to three very different women in three separate cities. As the circumstances surrounding his death emerge, Detective Adams finds herself tracking down a murderer through a tangled web of marital deception and revenge. New York Times bestselling author Alice LaPlante's haunting and complex novel of family secrets dissects--with scalpel-like agility--the intricacies of desire and commitment, trust and jealousy.

Praise For A Circle of Wives…

"A page-turner that also offers much ironic commentary on the dynamics of love and marriage, emphasizing the great mystery at the heart of any romantic relationship." Booklist

Alice LaPlante is an award-winning writer of both fiction and non-fiction. She teaches creative writing at Stanford University, where she was a Wallace Stegner Fellow and Jones Lecturer. She also teaches in the MFA program at San Francisco State University. Her fiction has been widely published in Epoch, Southwestern Review, and other literary journals. Alice is the author of six books, including the LA Times bestseller Method and Madness: The Making of a Story (W.W. Norton 2009). Her first novel, Turn of Mind, was a New York Times, NPR, and American Independent Booksellers Association bestseller, won the Wellcome Trust Book Prize, was a finalist for the Barnes & Noble Discover Award for Fiction, and was named a New York Times and Booklist Editors' Choice and a #1 IndieNextPick. She lives with her family in Northern California. Author website: alicelaplante.com
Loading...
or
Not Currently Available for Direct Purchase