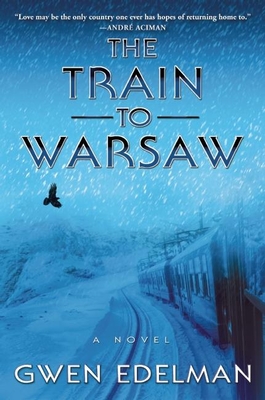 The Train to Warsaw

Jascha and Lilka separately fled from the Warsaw Ghetto in 1942. Reunited years later, they live in London where Jascha has become a celebrated writer, feted for his dark tales about his war adventures. One day, forty years after the war, Jascha receives a letter inviting him to give a reading in Warsaw. He tells Lilka that nothing remains of the city they knew and that wild horses couldn't drag him back. Nostalgic for the city of her childhood, Lilka prevails; together, traveling by train through a frozen December landscape, they return to the city of their past. When they unwittingly find themselves back in what was once the ghetto, they will discover that they still have secrets between them. A riveting story of the nature of desire and the cost of survival, The Train to Warsaw is a haunting and unforgettable portrait of a man and a woman who cannot escape their past.

Praise For The Train to Warsaw…

"Every exile dreams of the return home. Edelman’s intimate tale lets us eavesdrop on a couple’s return to Warsaw, traversing decades of conflict, betrayal, and secrecyin war as in marriage. Love, it turns out may be the only country one ever has hopes of returning home to." André Aciman, author of Out of Egypt: A Memoir

"Gwen Edelman’s spare, intimate narrative belies the sweeping devastation of what’s beneath: the alternating rage and despair of survival; and a desperate love that spans a lifetime. Edelman lays bare the tragedies of 1940s Warsaw in a series of dreamlike images all the more haunting because they’re drawn from history. I could not put it down. This is a fearless, achingly important work of fiction." Jamie Quatro, author of I Want to Show You More

"In this lyrical exploration of memory, there is more urgent sensuality and haunting desire than anything I've read in a long time. The Train to Warsaw kept me reading late into the nightsaddened, aroused, angry and grateful." Joanna Hershon, author of A Dual Inheritance

"Gwen Edelman's writing is so deceptively simple, so quietly poetic, that the torrents of emotion catches one by surprise and sweeps one away. The dialogue is stunningly real and the characters fully alive in this tender, unflinching tale of love that survives the unresolvedthe irresolvabletraumas of life." Michael Lavigne, author of The Wanting

"The Train to Warsaw is a stunning novel exploring the enduring wounds of the Holocaust, but it is also a deeply truthful meditation on how we can never fully know each other, even after several decades of marriage. Jascha and Lilka’s search for a Warsaw that has disappeared is utterly compelling and affecting while Gwen Edelman’s sharp, spare prose equals Cynthia Ozick at her best and most resonant." Allison Amend, author of A Nearly Perfect Copy

Gwen Edelman's first novel, War Story, was translated into eight languages, won the Prix du Premier Roman Etranger in France, and was a Koret Jewish Book Award finalist. She lived for many years in Paris and now lives in New York.
Loading...
or
Not Currently Available for Direct Purchase