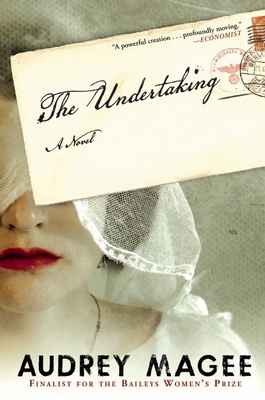 From a remarkable new talent in Irish fiction comes a terrifyingly intimate story of a war marriage caught up in the calamity of World War II, a much anticipated debut which has garnered prepublication praise from Colm Toibin, Hugo Hamilton, A.D. Miller, and Chris Cleave. In a desperate bid to escape the trenches of the Eastern front, Peter Faber, an ordinary German soldier, marries Katharina Spinell, a woman he has never met, in a marriage of convenience that promises 'honeymoon' leave for him and a pension for her should he die in the war. With ten days' leave secured, Peter visits his new wife in Berlin and both are surprised by the passion that develops between them. When Peter returns to the horror of the front, it is only the dream of Katharina that sustains him as he approaches Stalingrad. Back in Berlin, Katharina, goaded on by her desperate and delusional parents, ruthlessly works her way into Nazi high society, wedding herself, her young husband, and her unborn child to the regime. But when the tide of war turns and Berlin falls, Peter and Katharina find their simple dream of family cast in tragic light and increasingly hard to hold on to. Reminiscent of Bernard Schlink's The Reader, this is an unforgettable novel of marriage, ambition, and the brutality of war, which heralds the arrival of a breathtaking new voice in international fiction.

Audrey Magee worked for twelve years as a journalist and has written for, among others, The Times, The Irish Times and the Guardian. She has a Master's degree in journalism from Dublin City University and an honors Bachelor of Arts degree in German and French from University College Dublin. She lives in Wicklow with her husband and three daughters. The Undertaking is her first novel.
Loading...
or
Not Currently Available for Direct Purchase