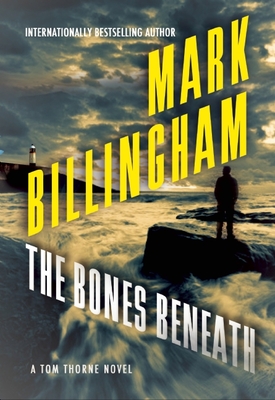 The Bones Beneath, the twelfth novel in the internationally bestselling Tom Thorne series shows Thorne facing perhaps the most dangerous killer he has ever put away, Stuart Nicklin. When Nicklin announces that he wishes to reveal the whereabouts of one of his earliest victims and that he wants the cop who caught him to be there when he does it, it becomes clear that Thorne's life is about to become seriously unpleasant. Thorne is forced to accompany Nicklin to a remote island off the Welsh coast which is cut off from the mainland in every sense. Shrouded in myth and legend, it is said to be the resting place of 20,000 saints and as Thorne and his team search for bones that are somewhat more recent, it becomes clear that Nicklin's motives are far from altruistic. The twisted scheme of a dangerous and manipulative psychopath will result in many more victims and will leave Tom Thorne with the most terrible choice he has ever had to make.

Mark Billingham is one of England's best known and top-selling crime writers. His most recent book was a #1 bestseller in the UK. He has twice won the Theakston's Old Peculier Award for Best Crime Novel, and has also won a Sherlock Award for the Best Detective created by a British writer. His novels Sleepyhead and Scaredy Cat were made into a hit TV series on Sky 1 starring David Morrissey as Thorne. Mark lives in North London with his wife and two children.
Loading...
or
Not Currently Available for Direct Purchase