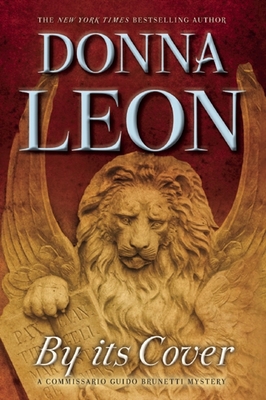 Donna Leon's critically acclaimed, internationally bestselling Commissario Guido Brunetti series has attracted readers the world over with the beauty of its setting, the humanity of its characters, and its fearlessness in exploring politics, morality, and contemporary Italian culture. In the pages of Leon's novels, the beloved conversations of the Brunetti family have drawn on topics of art and literature, but books are at the heart of this novel in a way they never have been before. One afternoon, Commissario Guido Brunetti gets a frantic call from the director of a prestigious Venetian library. Someone has stolen pages out of several rare books. After a round of questioning, the case seems clear: the culprit must be the man who requested the volumes, an American professor from a Kansas university. The only problem--the man fled the library earlier that day, and after checking his credentials, the American professor doesn't exist. As the investigation proceeds, the suspects multiply. And when a seemingly harmless theologian, who had spent years reading at the library turns up brutally murdered, Brunetti must question his expectations about what makes a man innocent, or guilty.

Praise For By Its Cover…

Think of Leon’s latest Guido Brunetti novel as a love letter to her fans. . . . This will likely be one of his most-loved adventures.”Booklist (starred review)

This character-driven novel looks at the ravages of rare book theft on libraries, and, more broadly, the destructive effects of contemporary greed . . . on cultural heritage. [A] skillful evocation of the city’s charms, culture, and history.”—Publishers Weekly

Donna Leon is the author of the internationally bestselling Commissario Guido Brunetti series. The winner of the CWA Macallan Silver Dagger for Fiction, among other awards, Leon was born in New Jersey and has lived in Venice for thirty years.
Loading...
or
Not Currently Available for Direct Purchase