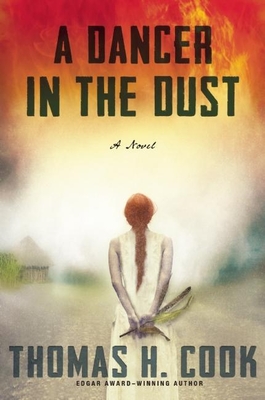 A Dancer in the Dust

Twenty years ago, Ray Campbell, now a cautious risk-management consultant, was a well-intentioned aid worker dedicated to improving conditions in Lubanda, a newly independent African country. He is forced to reconsider that year of living dangerously when a friend from his time in Lubanda is found murdered in a New York alley. Signs suggest that this most recent tragedy is rooted in the far more distant one of Martine Aubert, the only woman Ray ever truly loved and whose fate he'd sealed in a moment of grievous error: "In Lubanda, twenty years before, I'd rolled the dice for a woman who was not even present at the table, and on the outcome of that toss, a braver and more knowing heart than mine had been forfeited." Martine Aubert was a white, native Lubandan farmer whose dream for her homeland starkly conflicted with those charged with its so-called development. But Ray's failure to understand Martine's commitment to her country had placed a noose around her neck, one tightened by a circle of vicious men, cruel taunts, and whistling machetes. It is Ray's return to the passion he'd once felt for Martine that makes A Dancer in the Dust the enthralling and moving story of two loves: Ray's love for Martine Aubert, and Martine's love for a homeland that did not love her back.

Thomas H. Cook has been nominated for seven Edgar Awards in five different categories. He is the recipient of the Best Novel Edgar Award for "The Chatham School Affair," the Martin Beck Award of the Swedish Academy of Detection, the Herodotus Prize for Best Historical Short Story, and the Barry Award for Best Novel for "Red Leaves." His most recent novel was the critically acclaimed "Sandrine's Case."
Loading...
or
Not Currently Available for Direct Purchase