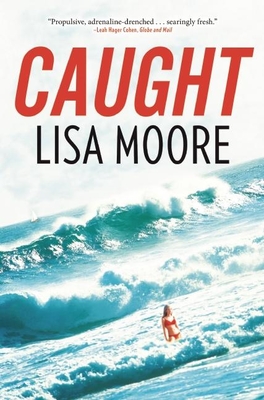 "Moore combines the propulsive storytelling of a beach-book thriller with the skilled use of language and penetrating insights of literary fiction. She pulls it off seamlessly, creating a vivid, compulsively readable tale."--Penthouse Shortlisted for the 2013 Rogers Writers' Trust Fiction Prize and the Scotiabank Giller Prize, Caught is a "propulsive, adrenalin-drenched" (Globe and Mail) novel from 2013 Writers' Trust Engel/Findley Award winner Lisa Moore, which brilliantly captures a moment in the late 1970s before the almost folkloric glamour surrounding pot smuggling turned violent. Moore's protagonist, David Slaney, is a modern Billy the Kid, a swaggering folk-hero-in-the making who busts out of prison to embark on one last great heist and win back the woman he loves. As Slaney makes his fugitive journey across Canada--tailed closely by a detective hell-bent on making an arrest--Slaney reignites passions with his old flame; tracks down his former drug smuggling partner; and adopts numerous guises to outpace authorities: hitchhiker, houseguest, student, and lover. Thrumming with energy and suspense, Caught is a thrillingly charged escapade from one of Canada's most acclaimed writers. "Outstanding . . . Surprising and superb . . . A literary adventure story . . . Gripping, detailed, and wholly convincing . . . A supremely human book . . . combining the complexity of the best literary fiction with the page-turning compulsive readability of a thriller."--National Post "A new kind of legend for a new Newfoundland."--Reader's Digest "Exhilarating... a memorably oddball and alluring novel that's simultaneously breezy, taut, funny, and insightful." --The Vancouver Sun

Lisa Moore is the author of February, which was longlisted for the Man Booker Prize, selected as one of The New Yorker's Best Books of the Year, and was a Globe and Mail Top 100 Book; and Alligator, which was a finalist for the Scotiabank Giller Prize and won the Commonwealth Fiction Prize (Canada and the Caribbean), and was a Canadian bestseller.
Loading...
or support indie stores by buying on