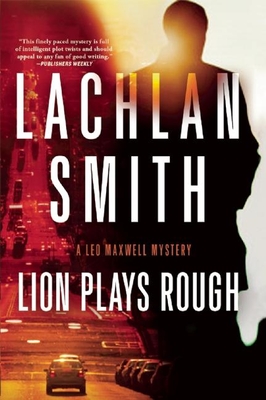 Leo Maxwell always lived in the shadow of his older brother Teddy but is now an ambitious criminal defense attorney in his own right, practicing in Oakland under Teddy's ex-wife. When a mysterious woman nearly runs Leo down, then appears at his office and asks him to defend her brother on a murder charge, Leo thinks he's found the case that will make his name. One problem: he hasn't actually met the client. And after taking a series of photographs that seem to blow the lid on corruption in the police department, Leo quickly learns that all is not as it seems--beginning with the alluring woman who hired him. Leo's "client" is actually represented by one of Oakland's most renowned gangland lawyers and claims never to have heard of him. Between the notorious lawyer and certain elements within the Oakland police, Leo realizes that he has unwittingly made himself enemy number one within the criminal community as well as the police department. Both sides want him silenced before he uncovers the full extent of a scandal that is poised to engulf the whole city. As bodies pile up, Leo must decide what he will sacrifice in order to bring those responsible for the murders to justice. And the truth behind the corruption proves far more sinister than he could have ever suspected.

Lachlan Smith is the author of "Bear is Broken," the first Leo Maxwell mystery. He was a Richard Scowcroft Fellow in the Stegner Program at Stanford and received an MFA from Cornell. His fiction has appeared in the "Best New American Voices" series. In addition to writing novels, he is an attorney practicing in the area of civil rights and employment law.
Loading...
or support indie stores by buying on