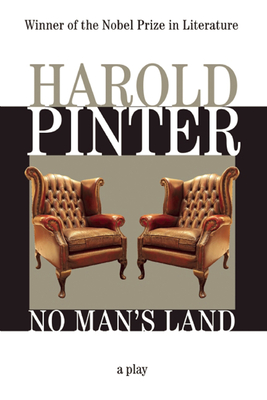 Set against the decayed elegance of a house in London's Hampstead Heath, in No Man's Land two men face each other over a drink. Do they know each other, or is each performing an elaborate character of recognition? Their ambiguity--and the comedy--intensify with the arrival of two younger men, the one ostensibly a manservant, the other a male secretary. All four inhabit a no man's land between time present and time remembered, between reality and imagination--a territory which Pinter explores with his characteristic mixture of biting wit, aggression, and anarchic sexuality.

Harold Pinter (1930-2008) is one of the twentieth century's most highly recognized dramatists. He was awarded the Nobel Prize in Literature, the David Cohen British Literature Prize for a lifetime's achievement in literature, and the Laurence Olivier Award for a lifetime's achievement in theatre, as well as many other honors. His best-known plays include The Birthday Party, The Caretaker, The Homecoming, No Man's Land, and Betrayal.
or support indie stores by buying on
Copyright © 2020 American Booksellers Association